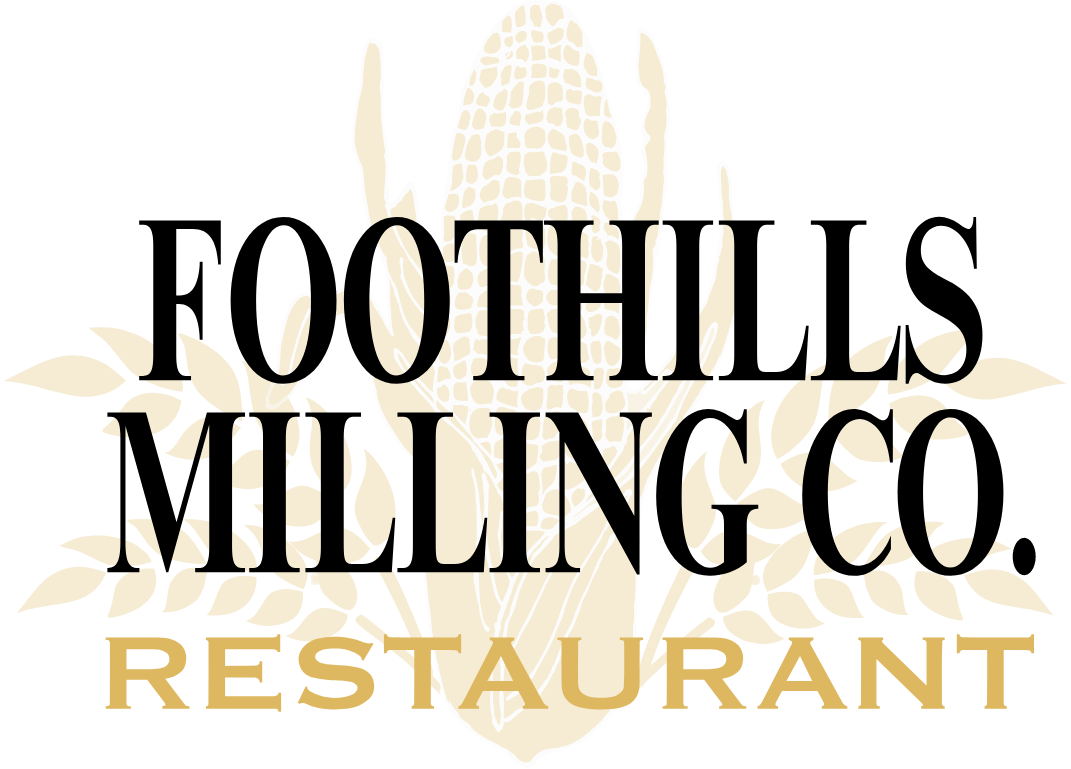 The mountains of East Tennessee helped shape an independent people who learned the value of community when the nearest city was at least a days journey away. At the center of small communities in the Appalachians and their foothills was more often than not, a mill. The mill became a place where people gathered to grind the corn won from a stubborn clay soil into meal and flour that would become the foundation of southern cuisine.

Today, the Foothills Milling Company strives to be the new cornerstone of extraordinary southern dining. The mill symbolizes the strength and self-sufficiency of East Tennessee communities and the original Wears Valley location had a working mill in the restaurant. While the tourist traffic in Wears Valley helped get Foothills Milling Co off to a good start, it wasn’t long before the people of Maryville had adopted Foothills as their own and so the restaurant was moved to its current location, a former Studebaker and Edsel showroom in downtown Maryville.

Not only has the restaurant’s image come from the foothills, but much of its food comes from the fruit of local farmers and businesses including Benton’s Bacon, Cruze Farms, and Vienna Coffee, a tradition that will stay with the restaurant for generations to come.